In this technique the test compound is administered to the animal.  The level of receptor occupancy by the test compound is then subsequently measured ex vivo.  This is determined by harvesting the tissue at the time of peak drug levels, sectioning the tissue on a cryostat and measuring the degree to which the binding of a radiotracer incubated with the sections is inhibited by bound drug in the sections.

In vivo CB1 cannabinoid receptor occupancy by a cannabinoid drug, as determined by inhibition of the corresponding radioiodinated tracer.  Values are ratios of radioactivity in cerebellum (i.e. a CB1 receptor-rich region) to brain stem (a reference region) and are the means of 5 – 6 animals per dose.   Unlabeled drug reduced specific radiotracer binding by 50% (~ 50% receptor occupancy) at 0.3 mg/kg.  Dotted line indicates the level of non-specific binding. 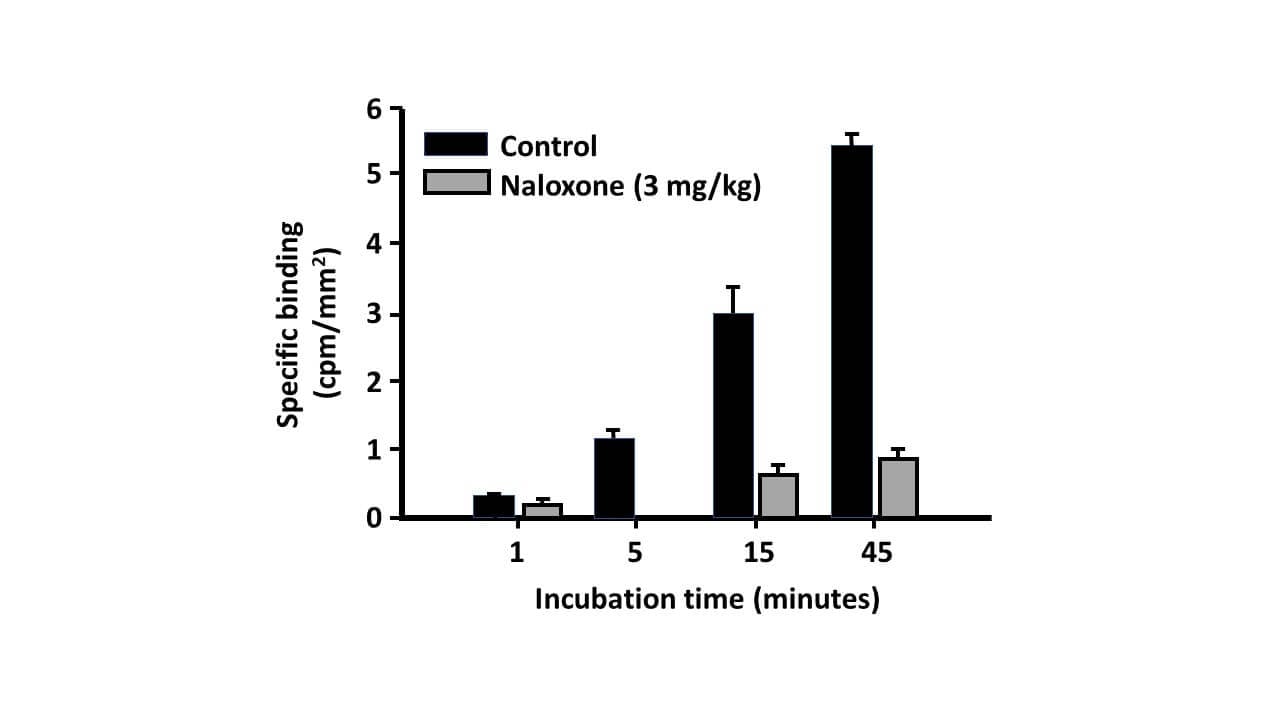