Receptor autoradiography can be used to identify and map binding sites for a labeled drug in a tissue or organ section.

In untreated animals, the affinity of an unlabeled drug can be measured by its competition with the binding of a radiolabeled drug to the same receptor binding site. Alternatively, where the animals have been treated, receptor occupancy can be determined by measurement of the reduction in radioligand binding to the sections in vitro.

Autoradiography can also be used to indicate off-target binding sites, where binding is observed even in knockout animals or in regions of tissue where the target receptor is not expressed.

Cryostat-cut tissue sections are incubated with the radiolabeled drug until equilibrium is reached.  The sections are washed in fresh buffer to remove unbound radiotracer, dried and imaged using quantitative phosphorimaging. Even small regions (<100 µm) can be quantified. 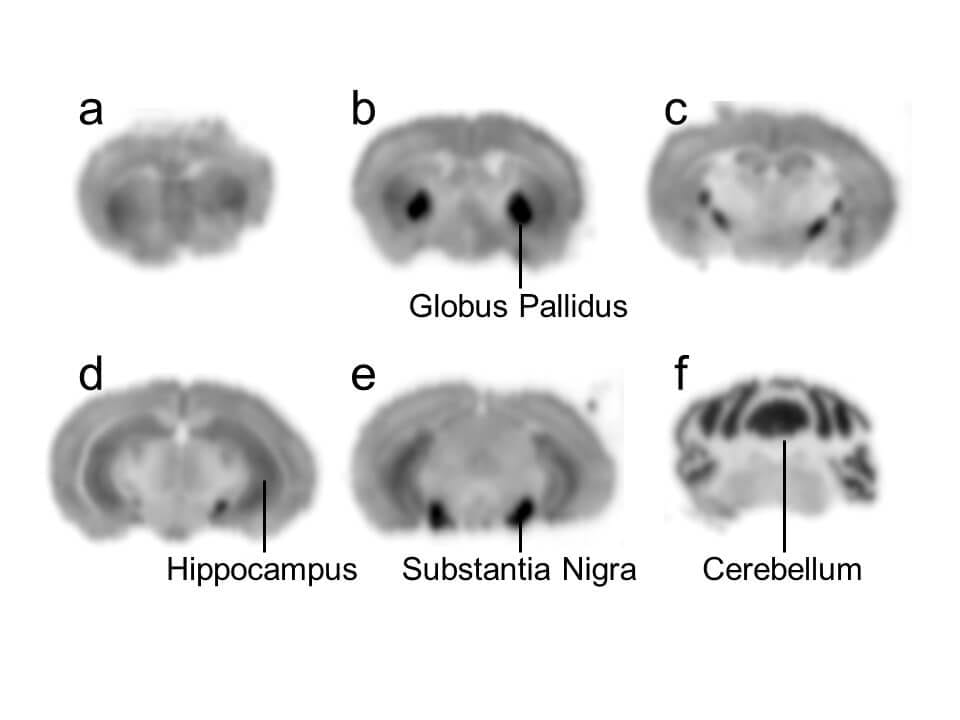 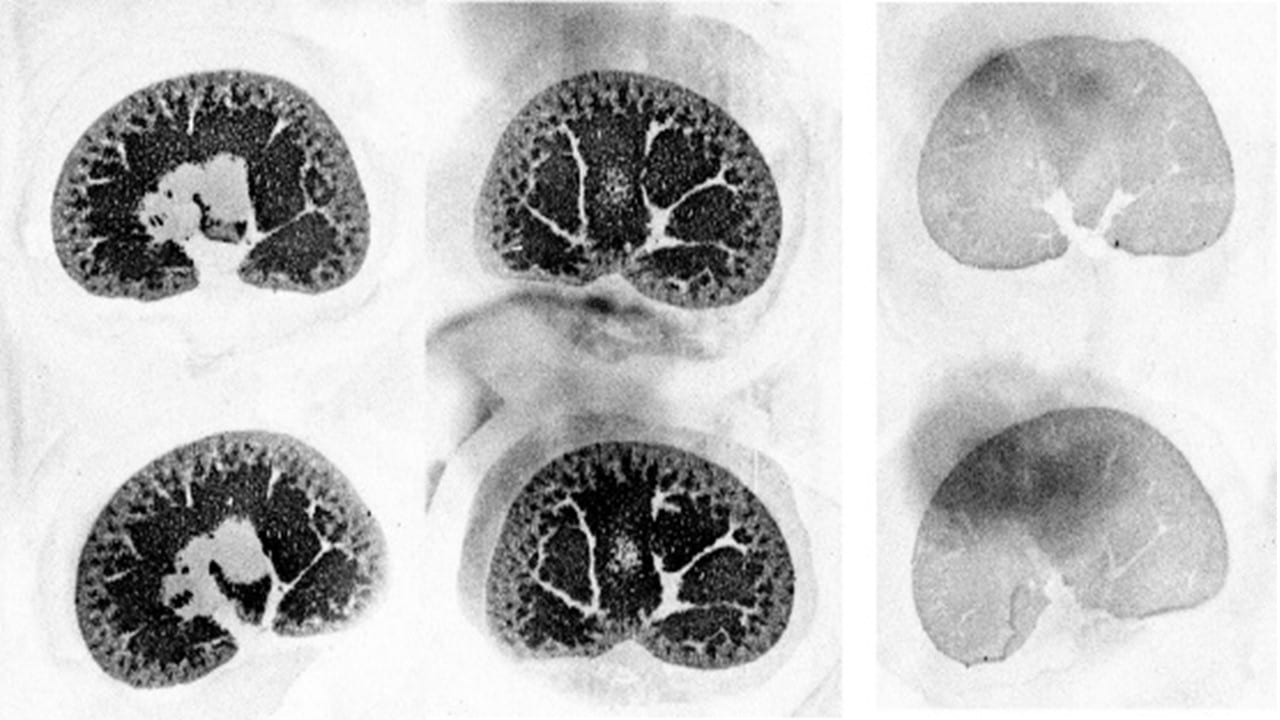 Binding of [3H]LRRK2-IN-1 to the LRRK2 enzyme in rat kidney. Sections in the centre and to the left are total binding. The two sections on the right non-specific binding, defined using unlabeled LRRK2-IN-1 (10 µM).

Ex vivo receptor occupancy assay:  [3H]DAMGO binding to opiate receptors in rat striatal sections.  Sections on the left were from a vehicle-treated rat; the sections on the right were from an animal that had been treated with naloxone (3 mg/kg)  prior to sacrifice.  After being cut, the sections were incubated in vitro in [3H]DAMGO for between 1 and 45 minutes.  [3H]DAMGO binding is reduced in the naloxone-treated rat at all time points, due to occupancy of receptors by the naloxone.
Protocols
Examples
Testing Info
FAQs